Home Inspections: The Good, Bad and Questionable Tree Lover Tells When and If to Plant (and Gripes a Little)

A Sampling of Home Guru Musings 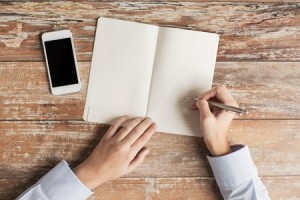 This week I reprise some musings based on both practical and absurd observations made from past columns. For an index of previously published Home Guru articles, visit www.TheHomeGuru.com.

About the common complaint of noise from neighbors: No man is an island, but there were a couple of occasions, especially when I lived in an apartment building that was not well insulated for sound, when I wished I were. Noise is the biggest complaint we have about neighbors. According to a survey by Trulia, 67 percent of us like our neighbors. Should that leave us to assume that the other 33 percent of us don’t like them for some reason?

Why has the great American front porch disappeared? Blame the advent of television and computers that keep people inside. The society that created the need to socialize with neighbors and passersby on the street has vanished. Those who still build front porches are expressing a longing for the way things used to be. Understandable in today’s fast paced world.

But, if you have a front porch, paint the ceiling blue. The theory here is that the insects are fooled into thinking the blue paint is actually the sky where they can’t nest. In the old south, folks believed the sky color warded off evil spirits. In any event, blue is a calming color, so using it to paint a ceiling in any area intended for relaxation makes sense. You can simply enjoy that rocking chair or chaise lounge and not give a second thought to any nasty spirits lurking around.

He’s boiling, she’s freezing: What to do? Men have more insulating muscle than women do, so sometimes people living in the same household have a hard time agreeing on a room temperature. To the rescue are the home heating/air conditioning systems with several zones. But what about in a shared bedroom? An electric blanket with two controls is the answer.

St. Joseph strikes again: I’ve told several stories about the lore and techniques attached to burying a St. Joseph statue on the property of a home seeking a buyer. My favorite is about a home owner who tried several underground locations and positions for the statue, but none worked. Frustrated, he threw the statue in the trash, only to learn a week later that the town dump had been sold.

Will we all return to dust? Did you know that household dust is composed mostly of our own flaking skin? If we are uncomfortable when our house is dusty, is that being uncomfortable in our own skin?

Not to belabor the point about the toilet, but… While we would all agree that it’s the gentlemanly thing for guys to return the toilet seat to the down position out of courtesy to the women of the household, most times the practice requires reminders. However, we should all engage in the practice of also lowering the lid before we flush in that it prohibits the spray of bacteria into the air and onto surfaces around the toilet.

A bathroom practice I’ve never understood: I’ve always wondered about the idea of placing a basket of magazines or even books on the tank or next to the toilet. It seems to me that anyone who has to sit long enough to read a magazine article waiting for that final stage of peristalsis to take place should be thinking about visiting a gastroenterologist.

Of death and taxes: We’ve all heard the expression that the only certainties in life are death and taxes, and, while we can’t do anything about the inevitability of death, we can try to negotiate property taxes by grieving them. If a tax grievance is in your future, I wish you good luck. And if somehow you manage to negotiate the inevitability of death, write and let me know how you did it.

A mattress tale: My wife tells a cute story about mattresses. When she took her 88-year-old mother to buy a new mattress and the salesman noted that it came with a 20-year guarantee, her mother said, “At my age, I only need a five-year guarantee. Can I get a better price for that?”

Too much shorthand in real estate! If you’re buying or selling a house, you’ve certainly encountered such abbreviations as FSBO (for sale by owner), AO (accepted offer), CMA (comparative market analysis), EIK (eat-in kitchen), SLD (sliding glass doors), etc., and sometimes it seems that our whole world, especially with texting, has gone much too far into shorthand degeneration. When making an admittedly low-ball offer on a house and told that the listing agent would “follow up” after speaking with her clients, you can imagine how startled I was with her return email when the subject line was abbreviated simply to “FU!”