What Makes a Master Craftsman? Is It Learned or Innate? Reflections on a Day of Cleaning Up the Neighborhood of Litter

Believe It or Not, the Connection between Pianos and Real Estate 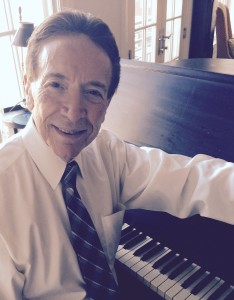 The Home Guru at his 1929 Baldwin Baby Grand, given to him by a family who was downsizing to a smaller space.

Either the piano is about to become as extinct as the dodo bird from American homes or, much like Mark Twain, its untimely death has been greatly exaggerated. It depends on what you read and who you believe.

Within the past few weeks, there’s been good news and bad news about the piano industry and, oddly enough, a report of its connection to the real estate industry.

First I heard an interview on SiriusXM Radio that referenced a New York Times article about a “graveyard” for unwanted pianos in Southhampton, Pa., and that particular graveyard was only one of many.

As a realtor, I frequently am asked by clients selling their homes for advice about how to dispose of their pianos, especially if they are downsizing.

It wasn’t all that long ago that a piano was as integral to a home’s living room as a flat screen TV is today. Sheet music for popular songs was readily available, and families would play music together as its principal mode of entertainment. Even with our wealth of modern diversions, people still love listening to music. Why shouldn’t they still love creating it?

At least some enterprising artists will occasionally make use of the parts. The recent production of “Into the Woods” by the Fiasco Theatre at the Roundabout in New York played within a set constructed from piano harps retrieved from that dump in Pennsylvania.

But, what’s the connection to real estate and is there hope on the horizon for the future of the piano? According to a report in the Chicago Tribune just last week, the tempo for piano sales is picking up and, flying in the face of earlier reports of doom and gloom for the industry, the reason is the improvement in real estate sales.

According to Larry Morton, president of Hal Leonard Corp., an educational music print publisher, the sale of new pianos is directly tied to real estate. “The sales of new pianos have always been driven by people buying new homes,” he said. “It’s part of the experience of having a house, not unlike buying furniture.”

But more importantly, there are distinct benefits to young people associated with the study of piano. To know the full score about that, I spoke to Jonathan Ackerman, a private piano instructor in lower Westchester and Chair of District 4 of the New York State Music Teachers Association (NYSMTA). Here’s the list of benefits he gave me:

Long-term Planning: Learning piano is a series of achieving a continually more complex set of skills and repertoire over many years. To master an advanced piece of music may take many months.

Persistence: Mastering a piece of music takes repeated efforts with many failures along the way to achieve success.

Future Success in School and Work: Studying an instrument is the most corresponding factor to future success in school when compared with any other activity. A recent study found that 75% of Silicon Valley CEOs had instrumental music education as a child.

Brain Development: An MIT study determined that the cerebral cortex of a concert pianist is enlarged by 30% on average compared to people who are considered intellectuals, but who did not have instrumental music education.

Cultural/Artistic Connection: The piano literature contains some of the greatest musical compositions in history. Many great composers began as pianists, and the piano is a great instrument to develop improvisational/composition skills.

Social Connection: A pianist can play solo, in an ensemble, and accompany singers and choirs. Students learn how to work in teams when preparing for a performance.

Offering such solid benefits to those who study piano, here’s hoping that the improving real estate market will support a movement to reclaim an important part of our cultural history and encourage people to bring the piano back into our homes.

Bill Primavera is a Realtor® associated with William Raveis Real Estate and Founder of Primavera Public Relations, Inc., the longest running public relations agency in Westchester (www.PrimaveraPR.com). His real estate site is: www.PrimaveraRealEstate.com and his blog is: www.TheHomeGuru.com. To engage the services of The Home Guru and his team to market your home for sale, call 914-522-2076.