Bouncing from Leaves of Grass to Neighborhood Diversity in Our Towns 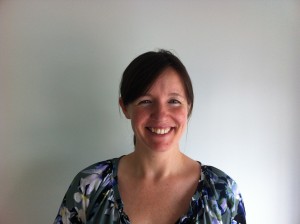 Cathleen “Cat” McAuliffe, realtor with William Raveis in Yorktown and Asian scholar, speaks fluent Japanese and offers her services to Japanese home seekers who do not yet speak English.

The conversation started on the 4th of July weekend about a beautifully written essay in The New York Times by a man who had found Leaves of Grass to be a beacon of hope when growing up in the South as an Evangelical harboring the secret that he was gay.

My wife somehow had missed the homoerotic messages of Whitman’s work and was as surprised as when she first learned that Rock Hudson was gay. “But it was a nun who put that book in my hand,” she said.

That comment struck me funny because, when I went to Catholic school in Philadelphia, the only thing I remember a nun putting into my hand was a ruler with a smart whack. When I asked my mother why that nun was so mean to me, she said, “Because she’s Irish and you’re Italian!” Maybe my first grade nun had issues, but obviously my mother did too.

My parent’s generation didn’t yet have the Sharks and the Jets. They had the Irish and Italian factions, the former having arrived a generation earlier because of the potato famine; the latter lagging behind a half century to escape a great Italian depression to build projects in the City of Brotherly Love, and the wars for turf were on. The difference was that my dad’s gang in the 20s and 30s used fists, bricks and bottles, rather than knives and guns.

By the time my dad stopped hanging around with the gang and married my mother, the first home they purchased was next door to the O’Gradys, and I’m told that my grandmother didn’t like the idea that they didn’t buy in a nice, exclusively Italian neighborhood.

By the 1950s because of a post-World War II opportunity for my dad, we would be living in the South before Rosa Parks, where there were designated neighborhoods in which blacks could and could not live. Even we as Italian, Catholic northerners with one parent having an Italian accent were labelled “the foreigners” in our community.

In another 10 years, my widowed mother would be moving to Baltimore to be closer to my married sister, and shockingly enough, to buy a new row home there, she was required to sign a covenant with the developer pledging that she would not someday resell the property to a buyer of “Oriental extraction.”

“How could you sign something like that?” I asked her, having just graduated from college the year Kennedy was elected, and looking back, am astounded that Federal law did not yet protect citizens from such discrimination. “It’s the only way I could get the house,” she responded.”

Fast forward 50 years, and in the course of the past 12 months, I have represented such a diversity of buyers and sellers that they could make up a United Nations in themselves, and that is thrilling to me, having witnessed the long fight for equal opportunity in housing through the years.

Considering my mother’s bout with discrimination against Asians a half century ago, I was delighted to meet Cathleen “Cat” McAuliffe, a new agent at William Raveis Real Estate in Yorktown Heights. She’s new but has been connected with the real estate and construction industries for a very long time through her family. Cat is and looks as Irish as Irish can be, but the surprise is that she is an Asian scholar who speaks fluent Japanese.

Having lived in Japan and taught English there for seven years, she is back to represent all sellers and buyers, but will be a treasure to those who are relocating from Japan and do not yet speak English. “I encourage anyone who knows anyone in that situation to contact me,” Cat advises, “because I can both teach them English and handle their real estate needs at the same time!” That welcoming accommodation is a far cry from the days of shameful prohibitive covenants.

How great is it that we live in a country that protects our right to live where we choose, albeit belatedly and with no small amount of struggle. And, how gratifying it is to work in a profession that guarantees and facilitates that right.

Bill Primavera,“The Home Guru” Realtor,® is associated with William Raveis Real Estate and Founder of Primavera Public Relations, Inc., the longest running public relations agency in Westchester (www.PrimaveraPR.com), specializing in lifestyles, real estate and development. His real estate site is: www.PrimaveraRealEstate.com and his blog is: www.TheHomeGuru.com. To engage The Home Guru to market your home for sale, call 914-522-2076.