Dirty Jobs Gal Reveals the Most Disgusting and the Most Horrific 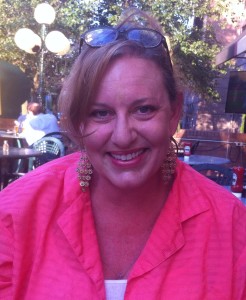 When the bundle of energy that is Hillary Sheperd bursts into a room, or in this case, into the sidewalk café where our networking meeting was taking place, you can’t help but take notice. I overheard her apologize to friends for her tardiness with snippets about “traffic” and just having had to deal that day with a really “dirty, dirty” job. My ears picked up.

“You mean you do dirty work like Mike Rowe on ‘Dirty Jobs’ on TV?” I asked her as soon as I could grab her attention. “Yes, I’m the female Mike Rowe,” she responded, extending a friendly hand. More questions revealed that Sheperd is co-owner with her husband Forrest, a contractor, of a ServPro franchise serving the mid and lower Westchester area. The company handles fire and water cleanup and restoration, mold removal and remediation and other “dirty, dirty” jobs that “somebody has to do” as Mike Rowe, one of my favorite media personalities, always says and as the ServPro’s tag line states: “Like it never even happened.”

When I confessed to Sheperd that I always have held great admiration for women doing jobs typically associated with men and asked what attracted her to the business, she said, “I had worked with both Homeland Security and FEMA prior to buying this franchise and, especially with FEMA, I had dealt with the effects of disaster with that rash of hurricanes we had, one after another in 2011 and 2012. Many times I heard our ‘old-timers’ there recommend to victims of the storms that they reach out to services ‘like ServPro’ to help them clean up from disaster, rather than resort to the possibility of hooking up with some unscrupulous contractor who might take their money for materials and never come back, and they’d be victimized yet again. I knew that ServPro had a good reputation and it would be a good match for my experience in dealing with immediate response to disaster.”

As a journalist, it was my natural inclination to ask Shepard to tell me about her most “disgusting” job and her most “horrific” job. After she told me, very honestly, I was sorry I asked, especially in the case of the latter, but I feel compelled to report it, to demonstrate the extent to which these valiant service providers must sometimes go to restore living environments for the protection and safety of others.

Shepard reported that the most disgusting job her crew encountered was in a home where the occupant had a hoarding problem, including with her own human waste which she kept in her bathroom, wrapped in toilet paper, completely filling the room over many months until its capacity had been reached. When the problem was discovered, help was sought through ServPro. “My crew had to don Tyvek non-porous protective clothing and respiratory masks, but still it was the most disgusting job they had ever encountered and they have seen it all.”

The most horrific job involved the tragedy of the loss of a human life and a conflagration that resulted from that. “A woman was filling an oil lamp and, without realizing it, she got some of the oil on her clothing that was highly flammable,” Sheperd explained, “and when she lighted the lamp, her clothing caught fire. Thinking fast, her daughter got out the fire extinguisher but, what most people don’t know – and this can be a lesson – is that the type of fire extinguishers which are mostly talcum don’t work with a hot oil or grease fire that should really be smothered with a blanket. The woman fled down a flight of stairs ostensibly to a downstairs bathroom shower destination as she was being immolated before her daughter’s eyes. She became a human fireball through the house filled with electronic equipment that caught fire with a very hot burning blaze that took a long time to extinguish. The melted electronics and the resulting water damage made the job particular difficult for Sheperd to mitigate. It was also difficult for her to share the story and for me to report here.

When asked, Sheperd volunteered that the most frequent request for cleanup is for issues regarding water damage, including sewage. “We have our own code for that,” said Sheperd to lighten the subject, “which is ‘OPP,’ code for ‘Other People’s Poopie.’”

Pricing, according to Sheperd, is pretty much set by the insuring companies, such as State Farm, which have codes for payment for particular kinds of damage and, if it’s a self-pay situation, the cost will depend on the people and time needed to get the job done.

As Sheperd explained her response to disastrous situations and her way of doing business, I took away the conviction that if I were to suffer a loss, I would want her steady hand and mind by my side to pull me through the ordeal.

Bill Primavera is a Realtor® associated with William Raveis Real Estate and Founder of Primavera Public Relations, Inc., the longest running public relations agency in Westchester (www.PrimaveraPR.com), specializing in lifestyles, real estate and development. His real estate site is: www.PrimaveraRealEstate.com and his blog is: www.TheHomeGuru.com. To engage the services of The Home Guru and his team to market your home for sale, call 914-522-2076.r