Does Your Home Have a Name for Itself? 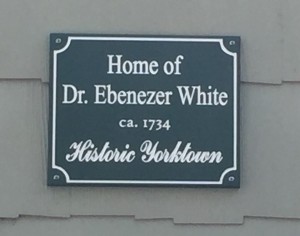 Does your home have its own name? If not, maybe it’s worth considering.  More than once, I’ve heard that attaching a name to a home might actually enhance its value.

I first became aware of homes having names in a former life when I was just starting out in the publicity business and did some work in Hollywood. One of my clients was a very senior, world-famous wine expert named Robert Lawrence Balzer, whose home was originally owned by Rudolf Valentino.  Named Falcon Lair, the home had quite a history, considering all the famous guests who had visited it.  I became fascinated by the prospects of that added dimension a name could bring to a house.

But when you think about it, we’ve always attached certain attributes to houses by their names.

In movies, how could Scarlett O’Hara’s character be defined without her unwavering devotion to Tara?  And on television, we remember that the Cartwright family was closely identified with Ponderosa, and J.R. Ewing got shot at Southfork.

While some homes set the stage with visions of great power and influence – Versailles, Buckingham Palace, The White House – even humble abodes can be named to tell their characters.

Here in Westchester, Bill Wilson, co-founder of Alcoholics Anonymous and its 12-Step program, appropriately named his Westchester residence Stepping Stones; the actress Helen Hayes called her Nyack home Pretty Penny to convey its price; and I have lived for many years in The Ebenezer White House, named for a Revolutionary War physician and early State Senator.

Sometimes homes share a double bill. For instance, I was involved in the sale of a property in Yorktown known as the Adams-Bernstein House, now poised for renovation by the buyer, and I know the history of those two owners from different centuries, each quite different.  The first was a simple farmer from the early 1800s and the second, a sophisticated New York City physician who bought it in the 1930s.