Does Your Home Have a Name for Itself? The Chair Rail Isn’t for Chairs Anymore

How To Avoid Burst Water Pipes in Winter 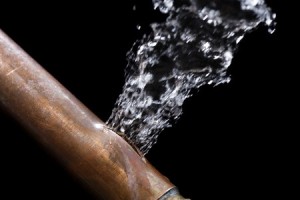 As I write this in mid-October, my quick question to you is, do you have a water hose still connected to an outside spigot of your home? Other than a fire or tornado, the most damaging event a house can suffer is flooding from a burst water pipe. Yet, most people have just a sketchy knowledge of how to avoid this potential disaster.

One of my most memorable mishaps with burst pipes involved a young couple, buyer clients, who had found the home of their dreams and wanted to close as quickly as possible because the lease on their rental was about to expire. But their dream was dashed, at least temporarily, by a discovery we made when we arrived at the house for the engineering inspection.

We were greeted by an ominous sound of water leaking and discovered in the family room that water was spraying through the seams of the plasterboard walls and half of the ceiling had collapsed. The engineer quickly shut off the water main, but it was too late to prevent the extensive damage to the walls, ceiling, built-in cabinetry and flooring.

As an estate sale, the house was empty, but the selling agent had been very careful to monitor the heating system so that the pipes wouldn’t freeze, so she couldn’t understand what went wrong. The engineer looked around and found that, outside, the garden house had not been disconnected from the outside spigot.  He explained that water in the hose had frozen and backed up into the pipe that traveled through the garage, which was unheated, to the family room on the other side of the garage wall, causing the pipes to burst. When the ice melted, the room was flooded.

When water freezes, it has the force of 2200 pounds of pressure per square inch, according to Dave Goldberg, founder of Dave Goldberg Plumbing & Heating, serving Westchester and Putnam counties. “One of the most common causes of burst pipes is when people forget to detach their hoses for the winter. It should always be done by mid-October,” he said.

“But there are many reasons pipes can burst,” he continued. “It can be a mere draft through a tiny crack in a wall, and if it is cold enough outside, the wind chill factor can cause a pipe to freeze, and it can be anywhere in the house, even over the living room.

He further noted that even if a house is winterized, it can be done incorrectly. “When people had summer houses up here and would close them for the winter, it was easier to drain the pipes because the plumbing was designed for that. Now, with modern construction, pipes wind around beams and go up and down, and there are many elbows that can trap water. If just a drop of water is left in the elbow and it freezes, the pipe can burst,” he said, adding that the best way to avoid this is to have the pipes blown out with an air compressor.

“Things can go wrong even if a house isn’t abandoned,” he said.  “If a family takes a winter vacation, for instance, it’s not enough precaution just to leave the heat on. Suppose there is a power failure or the supply of fuel runs out?”

Goldberg cited the popular use of wood and gas-burning stoves as another cause of burst pipes. “They give you a false sense of warmth,” he said. “It can be 70 degrees inside, but that heat may not get to the outside walls where the water pipes are located.”

As a safeguard, Goldberg recommends to all clients that non-toxic anti-freeze be added to the heating system so that if the power goes off, the water won’t freeze.  “It’s like putting anti-freeze in a car,” he said, “and, it should be checked annually to see that it’s still at an effective level.”

For insulating pipes in the basement or crawl space, he suggests using a heating strip that turns on automatically like a thermostat, and then to wrap both the pipe and heating strip with insulation.

Another safeguard in frigid whether, he said,  is to keep water running from both the hot and cold taps where the pipes are against an outside wall.

If you agree that safeguarding your plumbing from freezing is a good idea, Dave Goldberg Plumbing and Heating offers expert advice and service.  Dave Goldberg himself, who has been my plumber for more than four decades, is now retired, but his son-in-law Doug Maar, will be happy to help you by calling  914-962-3498.