In a Political Season, Equal Time for Red and Blue How Homeowners Feel About (or Fear) Maintenance Needs

New Mold Law Viewed as “A Little Crazy” by Some 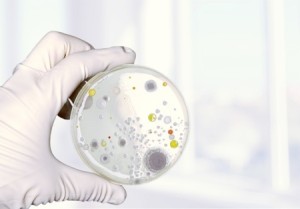 If you find that you have mold in your home and want it removed, you may be in for a surprise by the set of procedures now required to comply with a new law enacted in January by New York State to regulate its remediation.

According to two suppliers in the field interviewed for this report, some aspects of the law seem “a little crazy,” and you may get socked with a bill that is two or three times what it cost in the past.

Recently I attended a continuing education class devoted to the new law known as the Mold Program or Article 32 and overseen by the NYS Department of Labor to establish licensing requirements and minimum work standards for professionals engaged in mold assessment and remediation.

The presenter, Joe Margherita, owner of Fresh Maintenance, a licensed mold remediation company, was most engaging and encyclopedic in his knowledge, but from the outset, it was evident that he had some qualms about the new law and its effects on both the supplier and the consumer.

“In theory, the intentions of the new law are good, but in practice, at least for now…there are some problems that need to be worked out,” he said.

Those intentions as Margherita described them are solid: to protect the public by requiring contractors to obtain appropriate training prior to being licensed to perform mold assessment, remediation or abatement services. It also protects against fraud by prohibiting the performance of both the assessment and remediation on the same property by the same individual; and it requires a post-remediation assessment to make sure the job was done right.

“The law is a little crazy in the respect that, as a remediator, I can’t be the first person on the job,” Margherita said. “In the old days, I would just go there and take care of it. Now a full assessment plan is required before I can do my work, then the assessor must be called back to clear the work. It’s a bit much and that has to get ironed out. Maybe it’s okay for a big job, but for a single family house, it’s not working. Also, there are loopholes that give a lot of room for abuse.”

By the end of the class, I was unhappy about having to advise buyers and sellers of the bad news about mold removal because, except if they own a large apartment building, it looks as though a small remediation job for a single family house could cost them twice if not three times as much as it would have before this law was enacted. The extra cost stems from the separate assessment plan it requires, followed by the post-remediation clearance.

A while back, I had written about a very good experience I had with a mold remediator named Valerie Maziarz of Oxygen Sanitizing Systems who had rid my collection of antique books of a nasty mold problem. Maziarz did not hold back in her criticism of the new law: “It unnecessarily overburdens the consumer,” she said. “In the past, I could walk into an environment, do a report about how to resolve a problem and sanitize it at a reasonable cost. Now the consumer has to involve another party and it’s much more costly.

“This has been an overreaction by the state to a few bad people who took advantage of the situation around Superstorm Sandy,” Maziarz continued. “But that shouldn’t have meant that the world should be turned upside down. I am aware that a few other states have adopted similar laws but are now abandoning them for not working, Texas for example.”

Maziarz estimated that just the first step alone, the assessment plan, would add an addition $500 to $850 minimum to the process, not counting the remediation and the clearance. However, she said that she can still “sanitize” a home and, while she can’t write an official report, she can provide an air sampling following her process that the air is clean. I suppose there are many ways to address the bureaucratic process while it’s trying to find its way.

For instance, I learned from Margherita that as a homeowner the law allows me to simply perform mold removal on my own with a common household detergent. But who would want to risk amateur efforts if members of one’s family were having serious health problems because of it?

My lingering question was, if I wanted to follow the guidelines of the new bill, how would I locate an assessor, as distinguished from a remediator? I googled mold remediation and the first company to appear was ServPro. The representative told me they don’t do inspections but kindly referred me to a helpful assessor, Envirocheck at (866) 244-3254. For more information about remediation, you can talk to the pros Joe Margherita at (866) 543-3257 or Valerie Maziarz at (877) 244-3080.