Old Superstitions about the House Live On Today 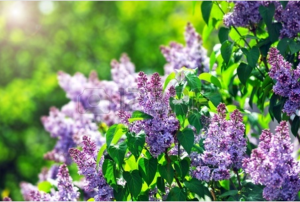 In the early days of our nation, settlers brought to our shores many superstitions by which they lived their home lives, many of which remain with us to this day. You don’t put much store in superstitions nowadays, you say? Well, when was the last time you didn’t avoid passing under a ladder set up against the house to remove leaves from the gutter?

Today, many of those superstitions have become traditions and we don’t think much about their origins. One of those lingering superstitions came to mind recently when I saw a porch ceiling painted a pale blue green and wondered whether the owner hailed originally from the deep South or if it were just a coincidence. Where I grew up in Virginia and further south in places like South Carolina, many porch ceilings are painted what is known as “haint” blue, haint being another word for ghost.

In the founding days of our colonies, that color became associated with the superstition that it protected the homeowner from being “taken” by restless spirits of the dead who, for whatever reason, have not moved on from the physical world. It was thought that the ghostly spirits would think that the color was water, and they would pass over it, rather than settle there. Use of the color became a tradition as it was passed from generation to generation.

There are other superstitions associated with the home beyond ladders and blue ceilings observed through the years. Here are a few of the more interesting to ponder.

Earlier generations believed that when you move out of a house, the broom should be left behind because, along with the dust of the home, old brooms carried the negative aspects of your life. A new broom signified a fresh start.

Along with a new broom, bread and salt were brought along from the old to a new home to keep evil spirits away.

According to a Jewish superstition, it’s bad luck to place shoes on a dresser or table According to my mother’s Italian tradition, the no-no was to place them on a bed, but wasn’t that just a good housekeeping point?

Also, there persists a superstition to never open an umbrella inside. That superstition seems to originate in the belief that since umbrellas are used for protection from the sun, this would be an insult to the sun god.

There is a long held belief that moving into a new home on a Friday, Saturday or rainy day is unlucky. According to Indian superstition, the luckiest moving day is Thursday.

It is said that we should never pound nails after sunset or we’ll wake the tree gods. But practically, won’t we annoy the neighbors?

Mirrors have a multitude of superstitions attached to them. We always say to break one will result in seven years bad luck. But the feng shui principle tells us that, placed at a doorway, a mirror will improve the flow of chi. However, a mirror placed facing a bed is strictly taboo in that the spirit of your sleeping soul can enter into the mirror and you may not be able to return to your body when you wake. Scary stuff. I must confess I thought about that when placing a mirror in my bedroom. And I’m not normally superstitious!

During the first week that I owned a “new” 18th century home in Westchester, a descendent of the original owner, a woman in her early 90s stopped by to introduce herself and fill me in on the history of the house. She pointed to two large outcroppings of gnarled lilac bushes, one near the front door of the house and the other at the back door.

“They were planted by my father on my wedding day, 75 years ago,” she exclaimed. “Oh wow,” I said, “How great that will be in the spring with the aroma of lilac wafting through the house.” “It was not for the fragrance that he planted them,” she said. “My father believed they brought good luck into the house and kept evil away.” I was stunned to hear her say that.

By the way, the superstition about the blue porch ceilings warding off ghosts does have a practical side to it in today’s world. Some people swear that the blue paint also repels insects, theorizing that insects prefer not to nest on blue ceilings because they are “fooled” into thinking the blue paint is actually the sky.

Or, a blue porch ceiling might be considered simply because of the way it makes the space look and feel. Blue is a calming color, so using it to paint an area of the house intended for relaxation makes sense. You can simply enjoy that rocking chair and not give a thought to avoiding any nasty spirits in the vicinity.