See It to Use It: The Benefits of Out-in-the-Open Storage Buying Holiday Gifts for the Smart Home

Preparing for Winter, Whether Staying at Home or Going Away 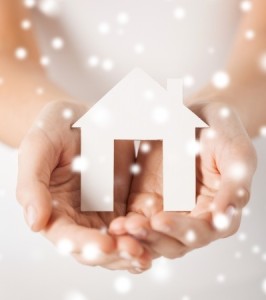 Every year, just as wintry weather arrives, I receive a call or email from the first supplier I ever used when moving to Westchester, Dave Goldberg of Dave Goldberg Plumbing and Heating, making sure that I remind readers to prepare for the frigid months ahead. This year, he expanded his email with tips for those snowbirds who were going away for the winter months, and it particularly resonated with me because of a terrible mishap a good friend had last winter.

For the past few years our friend Anne has taken two months off during the winter season for a stay in Florida. There was never a problem because she felt she had the luxury of locking the door of her attached townhouse-style condo, located in Mahopac, and not worrying about any maintenance issues. Her daughter and son-in-law would check in on the unit every week, just to be on the safe side.

But last year, she was not so lucky. One day she received a phone call saying that water from her unit was leaking into the condo next door. When help arrived, it was discovered that a water pipe had burst, on an interior wall at that, and totally flooded the first floor and walk-out basement level of her home, literally destroying everything with it, from flooring to wallboard to all appliances.

“There had never been a problem in past years, but the severity of last winter was the cause of it,” Anne said. “The pipe was in the ceiling of my kitchen, and although it was not on an exterior wall, it shared a wall with my garage which is unheated.”

The clean-up was a major project and basically, the unit had to be stripped to its studs and rebuilt. “You can be sure of one thing,” Anne said, “this year, I’m having my water pipes drained before I leave.”

Dave Goldberg’s list of precautions for those going away includes the following:

For those whose systems are on oil, be sure to get a delivery before leaving. When the oil gets low, the sludge on the bottom of the tank might clog up the filter and cause the boiler to shut down.

If you have hot water heat, it is a good idea to install non-toxic antifreeze in the system. It works just like a car radiator and, of course, because it is a closed system, it does not affect drinking water.

The water lines should be blown out with air.

If you don’t have a security system which alerts you of a drop in temperature, Goldberg has a simple non-tech solution: He attaches a thermostat plugged into a lamp with a red light bulb which is positioned at his front window. If the temperature were to drop, the red light would come on and a neighbor could see that there is a problem in the house.

For those who are staying home, Goldberg’s basic tips for winter safety are:

Have your furnace inspected and cleaned annually by a qualified technician.

Caulk doors and windows where needed.

In the attic, louver vents should be blocked off.

If you have two separate units in the house – one for hot water and the other air conditioning -you should close the dampers on the air conditioning because hot air rises and the heat will go up through the vents.

Outside spigots should be drained and left open. The shut off valve inside the house has a bleeder that should be opened. That breaks the vacuum so the water will drain out.

A good trick to prevent pipes freezing under kitchen sinks is to install a light bulb in the cabinet that will create just enough heat to prevent freezing.

Have the phone numbers of the plumber and oil company handy, best kept on a tag on the boiler.

Everyone in the house should know where the shut off valves are for the main water line coming in, or, with well water, know where the electrical switch is.

In the event of a power failure, the least expensive way to install a generator is to buy a small gas generator of about 6000 watts that will take care of the boiler and refrigerator and some outlets. Have an electrician install a transfer switch.

And, finally, keep a multi-purpose fire extinguisher accessible, filled and ready for operation.

Dave Goldberg is now retired, but his son-in-law Doug Maar is running Dave Goldberg Plumbing and Heating out of Somers and can be reached for consultation or emergency help at (914) 962-3498.

Bill Primavera is a Realtor® associated with William Raveis Real Estate and Founder of Primavera Public Relations, Inc., the longest running public relations agency in Westchester (www.PrimaveraPR.com). His real estate site is www.PrimaveraRealEstate.com, and his blog is www.TheHomeGuru.com. To engage the services of The Home Guru to market your home for sale, call (914) 522-2076.