Holiday Decoration, from Labored to Instant The Teddy Bear House, a Tudor, Goes for Sale

Reflections on Our Longest Term Sleeping Partner, the Mattress 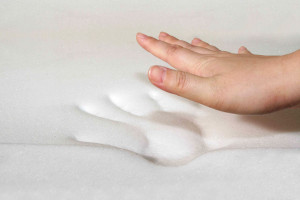 When I first started buying mattresses on my own, oh so many years ago, all I had to consider in terms of options were the size and degree of firmness.  Today, with such high-technology choices as those offered by the new “smart” beds that sense and automatically adjust all night to optimize our sleep experience, choosing how to spend our time with our longest term sleeping partner is a whole new ball game.

Our relationships with our mattresses vie with any kind of personal liaisons we might ever have in our lifetimes, considering that if you survive the average life expectancy, you will spend 36,000 nights with your body snuggled up to your most supportive companion.

When it came time for me to buy my first mattress on my own, however, I found that, as a young college student, I was far from sensitive about comfort. To create both a modern sofa and a bed, I bought a six-foot long piece of foam rubber and laid it over a hollow door, supported by four cinder blocks. To keep my handyman special from looking completely primitive, I did attach a pleated skirt to hide the cinder blocks. As a bed, it was indeed torturous.

For my first apartment in New York City, I bought an inexpensive mattress from Macy’s and, as I recall, it was the superstore’s own brand. Even though it was inexpensive, it was dreamily comfortable. When my girlfriend, now my wife, came to my apartment for the first time, I showed her my antique sleigh bed, bragging that I probably had the most comfortable mattress ever. “Why don’t you give it a try?” I suggested innocently. She refused, obviously thinking that it was a ruse of some kind. Things were different in those days.

There is evidence that people have been seeking softer sleeping surfaces for more than 10,000 years. Since the Egyptian Pharaohs had beds of ebony and gold, it is assumed that they devised something soft to place in them, but common people simply slept on palm bows heaped in a corner.  By Roman times, mattresses were stuffed with reeds, hay, wool or feathers. During the Renaissance, mattresses were made of pea shucks or straw and covered with sumptuous velvets, brocades and silks. Their filling, however, became a banquet for bugs.

In the 16th and 17th centuries, the term “sleep tight” was coined when mattresses were placed on a web of ropes that needed regular tightening to prevent sagging. The second part of that phrase, “don’t let the bedbugs bite” expressed a condition that was common then and seems to have resurrected with a vengeance just recently.

But by the late 19th century, cotton mattresses that were less attractive to vermin dominated.

In 1900, James Marshall invented and patented the “pocket coil” in which the coil was placed inside a pocket made of cotton and individually suspended, with materials placed on top that provided comfort.

By the 1930s, innerspring mattresses with upholstered foundations gained the prominent position they still enjoy.

In selecting a mattress, you might consider the suggestion of the International Sleep Products Association that you spend at least15 minutes lying on it. Then again, you might not.  The last time I bought a mattress, I tried six different models and can’t imagine that I would have spent an hour and a half dozing off at Sleepy’s.

Much of the firmness debate is solved by the new options for adjustability, even for each side of the bed.

While the square footage of homes and the size of bedrooms is shrinking, anyone sharing a bed may think twice about diminishing the size of the bed proportionately. Did you know that if you share your bed with a partner and it is a simple double bed, you have only as much personal sleeping space as a baby in a crib?

My wife tells a cute story about mattresses. When she took her 88-year-old mother to buy a new mattress and the salesman noted that it came with a 20-year guarantee, her mother said, “At my age, I only need a five-year guarantee. Can I get a better price for that?”

Today, with the new Sleep Number 360 Smart Bed, it’s almost scary to consider that it automatically warms its owner’s feet to facilitate sleep and knows when he or she is snoring and subtly adjusts to alleviate it.  What other nocturnal needs might mattresses address in the future?