The Element of Time in Planning Anything Inside or Out 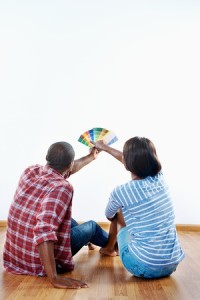 Whenever I see a model home, I marvel at how a professional designer can throw together a beautiful living space with so many creative ideas so quickly. Some peoples’ minds are just wired that way, but obviously mine is not. In fact, the one course in college I ever dropped mid-term was Interior Design.

While I’ve frequently heard other people boast about how quickly they’ve “settled in” when they’ve purchased a new home or moved from one place to another, either working with a decorator or doing it themselves, as for me, I need to add the element of time to be fully happy with any design project I tackle.

I remember years ago when I invited one of the editors of Good Housekeeping to my home and she surveyed my garden, she asked how long I had lived at my property and when I responded “20 years,” she said, “It shows.” And truly, it wasn’t until another 10 years that I was really happy with what I had done there.

And, I know I’m not alone. When the question “How long did it take for you to decorate your home” is asked online, most people say things like “I’ve been in my house three years and I’m STILL not done.” Some will elaborate and share that they more enjoy the “process.” For instance, one response was: “I just kind of bought things here and there, changed them out, changed my mind, and now I am starting to fix it exactly how I want it.”

My wife’s theory is that when a decorator does a model home, it’s easier because the assignment is impersonal. “There are no personal memories attached to the things selected so it’s easier to bring the plan together,” she said. “But, there’s the danger there that the end result is going to lack any ‘soul,’” she added, “and that can happen if a decorator selects everything for you.”

With our current move, our biggest dilemma has been dealing with too much ‘soul’ in that our decades of collections had to be edited down from nearly 4,000 sq. ft. of space to less than half that. This time around, my wife wanted more open space than we ever had in our antique home, but after six months in our spanking new condo, slowly adding this and that from many things we had previously vowed to sell or give away, we’ve definitely missed that opportunity.

There was a second problem, a big one that the time element helped solve. I had always resisted the idea of having a television set in our living room, no matter where we lived. In our old historic home, we had a television set only in the master bedroom and a small one in our library. When our whole family visited, we all would pile into the bedroom if we wanted to watch a show together, and my wife always hated that.

She insisted that in our new home – a condo in Trump Residences in Shrub Oak – there must be a large television installed above the fireplace/mantel that we are having designed and installed by master cabinetmaker Jan Efraimsen of Woodtronics in Yorktown. I had been “angsting” about that for months. It was probably the biggest decorating conflict my wife and I had ever had in our long marriage. I have always hated visiting beautifully designed homes costing over a million dollars to find a big “black hole” of a television set over the fireplace in a living room. In a family room, fine.

Last week, Jan’s skilled workers arrived to install the magnificent mantel with its gorgeous Carrera marble inset and its rich baronial style design and inwardly I was balking at the idea of having the television plopped on top of it. I stayed awake thinking about it. I knew that once the new TV and sound system was installed by Ray Benza of Entertainment Technology in Mt. Kisco, I would be stuck looking at that big black screen, center stage, for the rest of my life.

With a lot of pleading, my wife gave me one last stay of execution. We are now planning to place the tube on the far side of the room above a bookcase in the corner. Thank goodness it took some months to plan, design and build the cabinetry for my living room because it helped me avoid the bullet of a lifetime eyesore. Once again, it was the element of time that came to my rescue.