The Home of the Future is Here and You Can Be Very Afraid Septics: What’s the Big To-Do about Where Doo Doo Goes?

Why Do Homes Appreciate While Most Things Tank in Value? 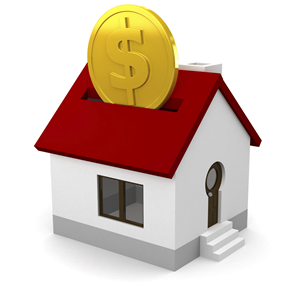 Imagine my surprise last week when I read a real estate piece in The New York Times about the home of my old friend and working associate Bill Houlton, whom I hadn’t seen or heard of in more than 30 years. I was sorry to learn that he had passed away before I had the chance to catch up with him.

We had worked together in a Madison Avenue public relations agency, representing the Wine Growers of California. He was older and wiser than I and sported a clipped British accent, and I was considered the brassy PR boy wonder, the “Sammy Glick” of my day, who served as a good counterpoint to Bill’s gentlemanly ways. I aspired to become as polished as he, and over the years, I suppose I did, using him as my model.

While Bill was more experienced than I in marketing, I thought that, in the arena of real estate, I had beat him out.

We both bought our homes in the City in the late 1960s. His was in a terrible neighborhood on West 94th Street which, while very toney today, was known as the “Wild West” at that time. I on the other hand bought in the emerging, soon to be classy neighborhood of Brooklyn Heights. I felt that my choice was superior, as evidenced by the fact that he paid only $18,000 for his house, while I paid $65,000 for mine which, believe it or not, was a princely sum for a working class guy at that time. His house needed much work, but mine was in relatively good shape.

In his neighborhood, he literally had to dodge bullets. In fact, I remember the morning he came in and told me there had been a shoot-out on his block the night before, resulting in three bullet holes in his upstairs windows. In my case, all I had to worry about was an occasional break-in before I became more knowledgeable about security systems.

When I sold my house in 1972 to move to Westchester County, the selling price was $90,000, and I thought I had made out like a bandit in just four and a half years in terms of appreciation. Bill held on to his house through many years of nurturing and upgrading, sometimes having to rent out one or more floors to help with that chore. That house is now for sale by Bill’s daughters and the Times reports that it is offered at close to $5 million. That news hit me in the belly almost as much as when I learned a year ago that my former home in Brooklyn Heights was on the market for $2.6 million.

Oh why, oh why, didn’t I just hold on to that house? Why couldn’t I have rented it all these years and cashed in now? Isn’t the wisdom of hindsight just wonderful? But on a more practical level, I wasn’t able at the time to buy a new house without selling the old one. When I bought a house in the country, it was three times bigger than my house in the city, but I paid only $65,000 and had the extra money to pay off debt and to start the renovation of an antique house. Today, it’s on the market for $775,000.

Funny, but I haven’t thought much about the appreciation that most properties experience because of the five years of drought we’ve just endured when houses were depreciating, rather than appreciating. Depending on the county and town we live in, that depreciation in value was anywhere from 20 to 35 percent. Now, the tide has been stemmed and our values are rising once again.

And you might ask, why do houses appreciate anyway while other hard good deteriorate in value?

Economists would cite certain elements that either encourage or discourage home appreciation. The first would be the land upon which homes sit. Land is a very fixed quantity. While there will be no additional land given to us, certainly human population will continue to grow and land will become more valuable as it does.

Location is part of the riddle. Businesses providing jobs or services nearby make a location more desirable, and businesses going away can drop nearby value.

Environmental issues, such as the discovery of pollution, can also shift a location’s value.

And most importantly is relative wealth. If more people have more money, they are willing to pay more for housing, thus driving the price of homes upward.

We’ve just experienced a dramatic demonstration of the last point. When people had less money during the recession, our home values went down, and now that the economic outlook is improving, gratefully, we once again have bidding wars for houses on the market.

While we might have felt a short year ago that the recession would never end, the housing market today is somewhat astonishing in its recovery, wouldn’t you say?

Bill Primavera is a Residential and Commercial Realtor® associated with Coldwell Banker, as well as a marketer and journalist who writes regularly as The Home Guru. For questions about home maintenance or to engage him to help you buy or sell a home, he can be emailed at Bill@TheHomeGuru.com or called directly at 914-522-2076.