The Allure of Red However or Wherever Used With Master Baths So Large, They Can Be So Much More

“Zombie Homes” and Their Effect on Owners and Communities 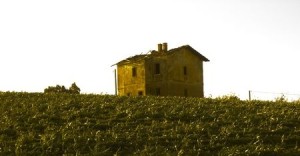 Last month, residents of Mount Vernon breathed a sigh of relief as a long-abandoned home in their city was finally torn down. The building had stood empty for four years, and was then damaged by fire two years ago. Finally, the high winds and snow accumulation from the recent winter storm caused the structure to begin to tilt. The city got ahead of the problem and razed the building before it could collapse and hurt someone.

Abandoned homes of all types cause many problems, and making sure that empty structures are being maintained properly is important to the safety and property values of the surrounding community. The house in Mount Vernon was an example of a “zombie home,” a sub-category of abandoned homes with a unique set of problems all their own.

Zombie homes, despite their supernatural-sounding name, are formed when a bank declares its intent to foreclose on a property, but then does not actually go through with the foreclosure. In some cases, this has occurred because the banks were overwhelmed with foreclosures, and some slipped though the administrative cracks. At other times, the foreclosure process may be moving along on schedule, but the process can still take years. In either case, the house sits unoccupied, with the lawns unmowed and the snow on the sidewalks unshoveled.

Before long, a visibly-abandoned home will drag down property values on its street. Thieves may be attracted to the copper pipes or appliances, and squatters may move in. As in the case of the Mount Vernon house, the building itself can deteriorate to the point where it becomes dangerous. The town or county may step in to maintain or tear down the building, but unless the owner can be found, the costs will be borne by local taxpayers.

If the owners are accounted for, zombie homes will have a terrible impact on their lives as well. These owners are booted from their homes with the announcement of the foreclosure, but they are still responsible for the taxes and cost of upkeep of the property. In many cases, the owners go on for months or years with no idea that they are still in possession of the house and responsible for its care. They receive a rude shock later when the bill arrives, sometimes with fees for code violations or the cost of tearing down the house added to the regular accumulated expenses.

Sometimes owners have resorted to returning to their old homes to mow the grass and make repairs in order to avoid added penalties, even though they can’t move back in and, sometimes, are barred from finding a seller for the home on their own.

In a recent report by the Independent Democratic Conference (IDC) and Mount Vernon Mayor Richard Thomas entitled “The Next Great American Bank Robbery,” there are 107 known zombie homes in Westchester County. Citing a study which determined that every abandoned property brings down the value of the homes around it by 1.3%, the report concluded that all the zombie homes in Westchester together caused a loss of $10.8 million in property value. (This is not even including the loss in property value from standard foreclosures in Westchester, which they calculated was another $9.2 million.)

In response, the IDC and Mayor Thomas are proposing a bill that would require banks to maintain the properties they own as soon as they learn that the property is abandoned or vacant. Speeding up the foreclosure process would also relieve some of the burden on communities and foreclosed owners.

In the meantime, let’s give a tip of the hat to communities that are trying to keep the problem of zombie homes from getting worse, whether it involves large actions such as tearing down properties, or smaller steps like trimming the grass and picking up trash.

I had the honor of helping save a historic home in my hometown that had every appearance of becoming a zombie home although technically it was not. In this case the home in question, the Adams-Bernstein House, was bequeathed to the town of Yorktown with the expressed intention that it be utilized as a museum, but for various reasons, over a period of 20 years that plan never materialized.  The home fell into bad disrepair, was vandalized and even experienced a fire which damaged part of the building.

Eventually, the town put the property up for sale and I won the listing. I was fortunate to find a buyer for the house who promised to restore it and put it to good use as affordable housing. That buyer was Mark Franzoso of Franzoso Contracting. In exchange for that service, the town agreed to allow Franzoso eventually to subdivide the property and build another home at  market-rate.  If only every real estate “zombie” story could have such a positive ending.